In all areas of shipping or inaccessible installations on the high seas, the absolute guarantee of function is what counts. Rolling bearings from Leipzig have proven their special reliability for many years in rudder and maneuvering systems as well as special drives for submarines. Special bearings are also used in almost all applications on exploration platforms. 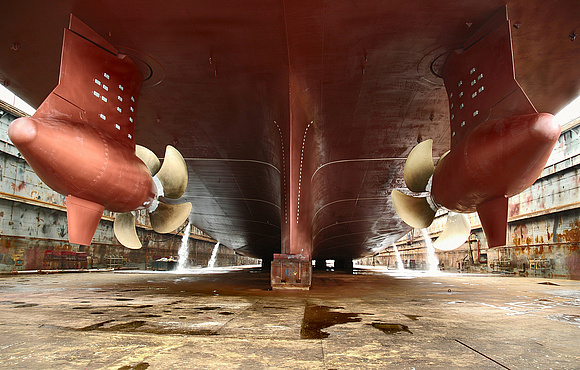 Positioning systems are generally referred to as rudder propellers, bow thrusters and pod drives. Depending on the area of application and machine performance, a wide variety of rolling bearings are used. From cylindrical roller bearings for the rotation of the rudder propeller to axial spherical roller bearings in pod drives and angular contact ball bearings in submarine diving plane. In pod drives with electric motors, the rolling bearings are additionally protected against damaging current passage. In addition, so-called current insulation washers up to one meter in diameter are used, which insulate the rolling bearing against the passage of current. 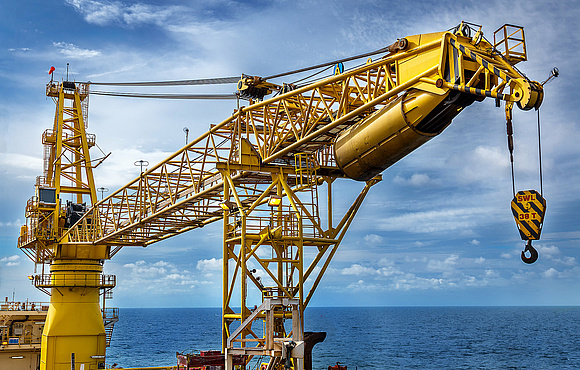 In offshore cranes, the rolling bearings are exposed to high loads, vibrations and, in part, the ambient media. Cable sheave bearings in particular must be able to support high loads at low speeds. In these applications KRW relies on double row full complement cylindrical roller bearings with seals on both sides. These are greased and protected against corrosion by salt water mist according to customer requirements. A zinc-iron coating serves as corrosion protection as standard. Other coatings are used depending on the aggressiveness of the ambient media and the required service life of the bearings. Contact seals protect the inside of the rolling bearing against ingress of dirt and water. The sealing materials used have a maximum possible resistance to UV radiation, ozone and salt water. 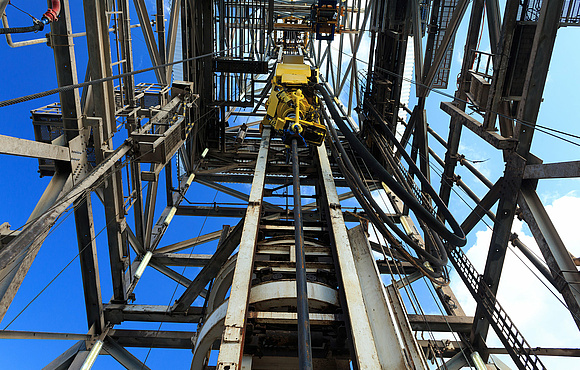 KRW bearings are represented on exploration platforms in all main applications. These include tapered roller thrust bearings with high load capacities for the top drive, large bearings for rotary tables and bearings for flushing pumps. Each of these applications has special requirements and is almost exclusively equipped with special bearings.

KRW provides its customers with full support from the design of the bearing arrangement to advice on installation and lubrication. Ideally, the cooperation starts with the first design. Based on the requirements from the subsequent application, KRW recommends the best bearing solution. If this is not yet available, we will develop it from scratch.