Silicon nitride has excellent properties that have a positive effect on the entire rolling bearing. KRW hybrid bearings have a significantly longer service life than rolling bearings made from standard steels, since they are both less sensitive to contamination in the contact area between the rolling element and the raceway and are positively influenced by the higher hardness of the high-performance ceramic Si3N4.

Due to the lower specific weight of the rolling elements, hybrid bearings are still particularly well suited for very high speeds. They are less sensitive to insufficient lubrication than standard bearings and therefore have better emergency running properties. Lower friction, less need for lubricant and operational reliability are further positive characteristics for choosing KRW hybrid bearings. 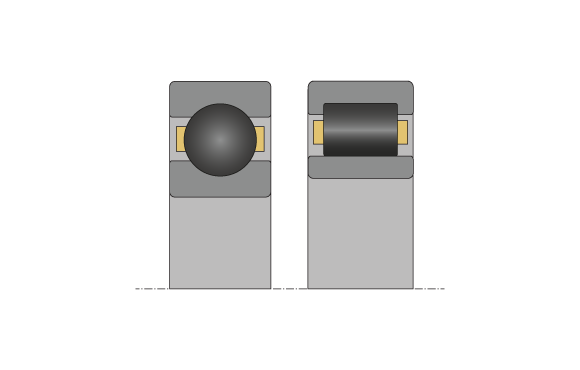