Matched single row tapered roller bearings are separable and non-latching bearings. In addition to high radial forces, they can absorb single-sided axial forces as well as, in combination with a second mirror-image arranged bearing, two-sided axial forces. For combined bearing sets there is a distinction between O-, X-, or tandem arrangement based on pressure line contact. Bearings in X-arrangement are less suitable for the absorption of moment loads while the O-arrangement is very rigid and only allows small overturning clearance. For tandem arrangements, the pressure lines of two bearings run in one direction which results in only single-sided absorption of axial forces. 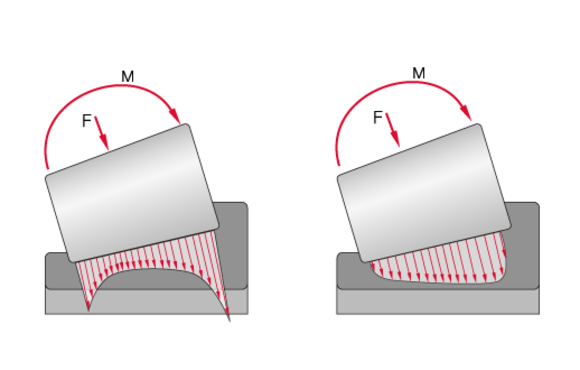 Roller profiling and tension distribution of tapered rollers in comparison. Left without profiling, right with profiling

Due to the logarithmic profiling of the tapered rollers, damaging edge tension and resulting premature failure are avoided. 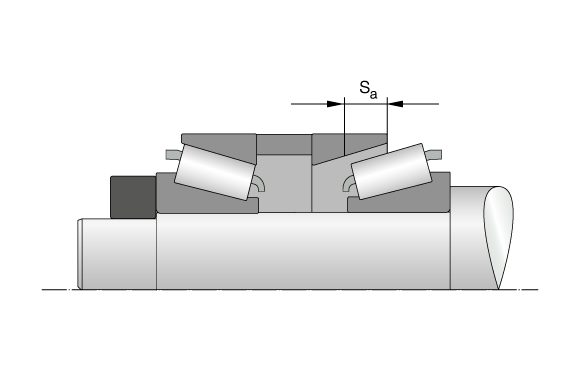 The bearing clearance is chosen by the customer and application and is adjusted by the manufacturer with a spacer ring. 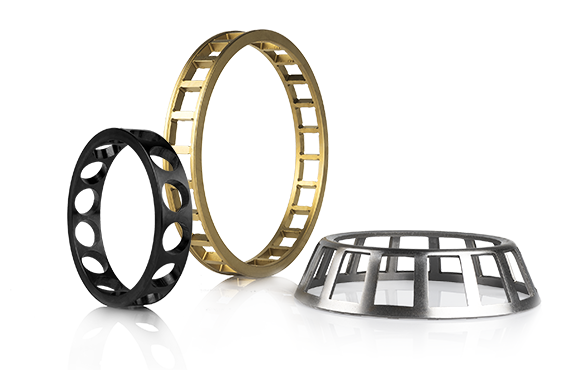 Single row tapered roller bearings are of limited suitability for compensation of misalignments. The admissible misalignment between inner and outer ring depends on the bearing size, the internal bearing design, the clearance fit, and the acting of forces and moments. Misalignments cause harmful movement of the rolling elements and produce additional stresses in the bearing which reduce its operating life.

The equivalent bearing service life for the tapered roller bearings depends on the ratio Fa/Fr. The equivalent dynamic bearing load can, differing from the ISO 281, be determined only for one rolling element row using the following formula: