Four Point Contact Ball Bearings are a special type of single row angular contact ball bearings. They are capable of absorbing radial forces and axial forces on both sides due to a separated inner or outer ring which produces two contact angles and the eponymous four point contact. Four point bearings are often used as axial bearings and combined with a radial bearing. They can be disassembled but are non-latching and not suitable for compensation of angular misalignments.

KRW supplies four point contact ball bearings with normal tolerance (PN) in accordance to DIN 620-2 (Tolerances for roller bearings) and ISO 492 (Radial bearings - Dimensional and geometrical tolerances). All other deviating or special tolerances must be specified with the order. 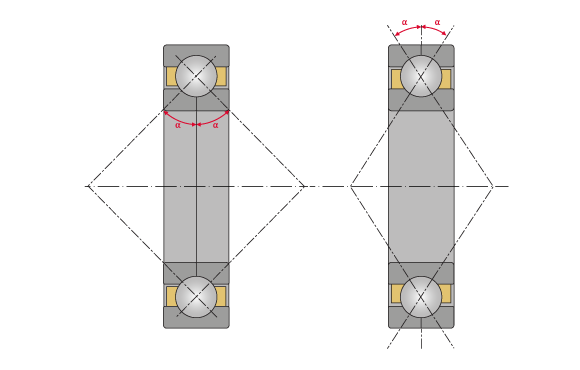 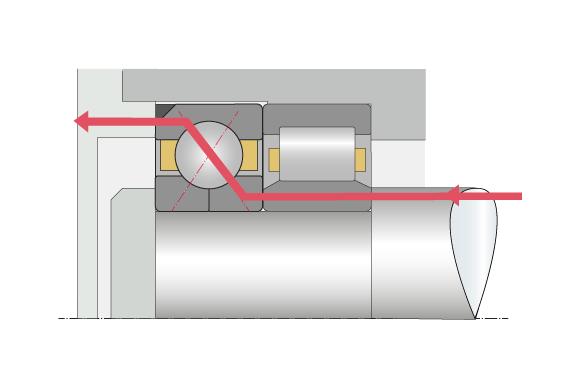 Axial load absorption in combination with a cylindrical roller bearing

The axial division of a bearing ring facilitates easy installation. Four point contact ball bearings can absorb high axial forces from both directions. The radial load capacity is often not used due to the elasticity of the divided ring. Four point contact ball bearings used as axial bearings should be provided with distinct radial clearance to the housing and installed directly next to the load-bearing radial bearing. 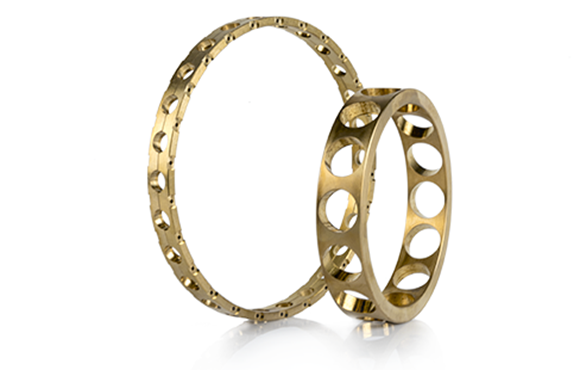 Four point contact ball bearings are not suitable for compensation of misalignments. Misalignments cause harmful ball movement and produce additional stresses in the bearing which reduce its operating life.